END_OF_DOCUMENT_TOKEN_TO_BE_REPLACED

Name A Star Live makes you part of real space missions by launching your star name into the final frontier. As humans like you move into space they bring along their customs and traditions — including Christmas.

Christmas Day is a NASA holiday, so the astronauts on the International Space Station get to take the day off. The space station astronauts have sent many holiday greetings to Earth. But the most famous Christmas message sent by astronauts to Earthlings was the Apollo 8 Christmas Eve transmission from astronauts in lunar orbit.

It is estimated that as many as one billion people watched the historic broadcast or listened on the radio.

While astronauts have celebrated Christmas in space in the 1960s, in a sense, Christmas has been in space for over 100,000 years. We’re talking about the spectacular “Christmas Tree cluster”!

The Christmas Tree Cluster (a.k.a. “NGC 2264”) is located in the constellation Monoceros, near the Name A Star Live constellations Orion and Gemini. Newborn stars, hidden behind thick dust, are revealed in this image of a section of the Christmas Tree Cluster from NASA’s Spitzer Space Telescope. Infant stars appear as pink and red specks toward the center and appear to have formed in regularly spaced intervals along linear structures in a configuration that resembles the spokes of a wheel or the pattern of a snowflake. Hence, astronomers have nicknamed this the “Snowflake Cluster.”

Whether celebrated on, or off, the planet, Christmas is a beautiful, joyous time of the year! Name a star for a friend or family member this Christmas and make them part of our real space missions!

This is the third anniversary of the launch of Name A Star Live’s Centennial Flight, which was named in honor of the 100th anniversary of New Mexico’s statehood. The launch took place at Spaceport America, New Mexico and carried the star names and messages of our customers into space! Name A Star Live is the only star naming service that makes you part of a real space mission.

Like the clients of our sister company, Celestis memorial spaceflights, Name A Star Live customers had the opportunity to tour the launch pad and mission control, view the liftoff, meet Name A Star Live company personnel, and enjoy the many tourist attractions and the beautiful scenery of New Mexico, which is known appropriately as the “Land of Enchantment.” 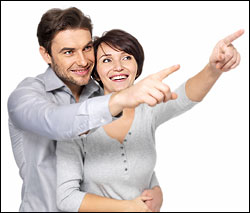 The mission flew aboard an UP Aerospace SpaceLoft XL launch vehicle, which has flown each of Name A Star Live’s missions out of Spaceport America. The spacecraft followed a trajectory like that flown by the astronauts on NASA’s early Gemini missions by flying into space and, after experiencing the zero gravity environment, returning to Earth. The Centennial Flight flew to an altitude of 73.9 miles (118.9 kilometers) and landed at White Sands Missile Range, New Mexico approximately 23 miles (37 kilometers) downrange.

This was the 12th overall spaceflight of our parent company, Space Services, Inc. You can always find the latest information about our upcoming missions by visiting our online Launch Schedule.

Here is a short video of the Centennial Flight launch provided by Celestis:

Pluto will be in the Name A Star Live constellation Sagittarius when NASA’s New Horizons probe flies past Pluto on July 14, 2015. If you’ve named a star in Sagittarius, take out your Name A Star Live Star Chart and compare the position of your star to Pluto in the diagrams below!

END_OF_DOCUMENT_TOKEN_TO_BE_REPLACED

Name A Star Live makes you part of real space missions by launching your star name into space.  As the holiday season is upon us, we thought we’d share some of the ways Christmas is celebrated in outer space.  We even provide a futuristic, and amusing, look at Christmas through the vision of Star Trek!

The Christmas Eve Broadcast of Apollo 8 from the Moon

Perhaps the most famous celebration of Christmas in the final frontier occurred on the evening of December 24, 1968 when Apollo 8 Commander Frank Borman, Command Module Pilot Jim Lovell and Lunar Module Pilot William Anders became the first humans to orbit the Moon … and the first astronauts to spend Christmas in space.

It is estimated that as many as one billion people watched the historic broadcast or listened on the radio.  Listen to the message they delivered that Christmas Eve.

The Skylab 4 crew was the next set of astronauts to spend Christmas in space, in 1973. To give Skylab a touch of the holiday season, Commander Gerald Carr, Pilot William Pogue and Scientist Edward Gibson made a Christmas tree with food cans. (See photo at left.)

It would be 22 years before another American would spend Christmas outside Earth’s atmosphere. Astronaut John Blaha celebrated the holiday in orbit aboard the Russian Mir space station in 1996.

The first Space Shuttle mission to fly during Christmas was STS-103, on the Space Shuttle Discovery.  The mission, which lasted from Dec. 19 to Dec. 27, 1999, gave NASA and the world a Christmas present that is still giving to the scientific community. After three consecutive days of spacewalks to make repairs and upgrades, they returned the Hubble Space Telescope to service on Christmas Day. Hubble had been in hibernation since the loss of its fourth gyroscope, designed to enable the telescope to point precisely at distant astronomical targets for scientific observations.

The first Christmas aboard the International Space Station (ISS) occurred in 2000 with the Expedition One crew. Astronaut Bill Shepherd and Cosmonauts Yuri Gidzenko and Sergei Krikalev spent a quiet Christmas Day opening gifts and talking to their families.

Sometimes Santa needs some help navigating around the world on Christmas Eve, so on Dec. 24, 2001 Expedition Four Commander Yury Onufrienko and Flight Engineers Daniel Bursch and Carl Walz joined space station Flight Director John Curry and his Mission Control personnel in Houston to help Santa Claus complete his mission on time. Click on any of the links below to see how NASA helped Santa out:

As we look to the future, humans might one day celebrate the holidays on the Moon and Mars, in a free-floating space colony orbiting Jupiter, or in some other part of the Milky Way galaxy.  But perhaps we should look to Star Trek for guidance — humorous guidance in this case!

Name A Star Live will launch the first ever fashion line to fly in space!  We’ve partnered with the eco-fashion brand Teeki in an effort to help promote awareness of a more sustainable future and lifestyle for humanity. Along with our customers’ star names, we will launch the material from which eight pairs of special edition yoga pants will be made for the new Teeki line, “The Age of Aquarius.” The launch, known as The Centennial Flight, is scheduled for liftoff June 21, 2013 out of Spaceport America, New Mexico.

This “Earth Rise Service” mission will fly Teeki’s payload in UP Aerospace’s SpaceLoft™ XL SL-7 launch vehicle. After flying in the zero gravity environment of space, the spacecraft carrying the payload will safely return to Earth via parachute. Once recovered it will be retrieved and returned to Teeki, which will then use the material in manufacturing.

Teeki has joined us in supporting the exploration of outer space “because ultimately it is about a journey of discovery, sustainability, and making our Planet (our only precious habitat) a better and healthier place to live,” said Teeki owner/designer, Lindsay Hemric.

The replicas of these special edition yoga pants made their debut at the historic Vibiana Cathedral in downtown Los Angeles on Thursday April 25th as part of the UPLIFT Yoga Bash, held by the non-profit organization Keep Friendship Alive to benefit middle school children. This exciting new clothing line was worn by about half of the approximately 700 people who attended the event, including aerial dancers and yoga instructors. In addition, Name A Star Live will launch personal messages and ‘aspirations’ collected by Teeki, along with Teeki’s material. These messages were collected, free of charge, from those in attendance at the Yoga Bash. Members of the public may submit message via Teeki’s website.

This month our sister company, Celestis, Inc., marks the 12-year anniversary of its first lunar mission.

Dr. Shoemaker, a pioneer in the exploration of the solar system, had longed to go to the Moon as an Apollo astronaut and study its geology firsthand. A medical condition diagnosed in the early 1960s prevented him from doing so. Dr. Shoemaker went on to help select and train Apollo astronauts in lunar geology and impact cratering. He also worked on NASA’s Lunar Ranger and Surveyor programs. His achievements in these areas earned him the United States’ highest scientific honor, the National Medal of Science in 1992. He became world-renowned when he, his wife Carolyn, and astronomer David Levy discovered Comet Shoemaker-Levy 9, which impacted the planet Jupiter in July 1994. Quoting from his NASA biography, “His many honors included the Wetherill Medal of the Franklin Institute in 1965, election to membership in the National Academy of Sciences in 1980, the Gilbert Award of the Geological Society of America in 1983 and the Kuiper Prize of the American Astronomical Society in 1984.”

The presence of water ice on the Moon would facilitate future attempts at lunar colonization. How fitting that Dr. Eugene Shoemaker participated in one last experiment — an experiment that could benefit our future in space.

Looking to the future, Celestis has agreements with Odyssey Moon Limited and Astrobotic Technology, Inc. to launch payloads containing human cremated remains to the surface of the Moon as early as 2012/2013.  Name A Star Live will also include our customers’ star names and messages on board these missions to the Moon!